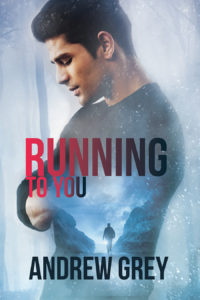 Home, love, and possibilities he never imagined are waiting for Billy Joe to claim them. But first he needs to escape the horrors of his past.

A twisted act of cruelty and prejudice drives Billy Joe from his Mississippi home, and he makes it as far as Pennsylvania – where his car breaks down just as the year’s first snowstorm blows in. Fortunately, Carlos is there to lend a hand.

Carlos is no stranger to hardship. His family rejected him for being gay, but with determination, he put himself through school and became a librarian. Carlos sees the same willpower in Billy, and he wants to help Billy and his son succeed in a new life that is very different from the one they left behind. With his support, they start to adjust, and before long, both men want more than encouragement from each other. They want the chance for a future together, but their families have other ideas…and Billy’s will stop at nothing to get what they want.

4✨s – This stand alone title from Andrew Grey is a wonderful story of a young man standing for his right to live free of hate and hardship for him and his son after growing up with parents who play a big part in a white supremacist community. Billy Joe flees his parent’s house and his home town with his young son after witnessing a horrific event. He refuses to have his son grow up in that environment and drives as far as he can. When the car breaks down during a snowstorm, they are rescued by Carlos, who’s on his way home from work. Carlos’ caring nature comes forth in helping them first with the car and then finding shelter for the night. Friendship blooms between the two men. Billy Joe is in major need of support as it’s now just him and his 2 year old son, Tyler, and Carlos’ family reappear causing strife for him also. Both have family drama but with things developing, it’s far easier to deal with when you have someone else in your life to lean on during tough times. I love the story and gentle development of the relationship between Billy Joe and Carlos. There’s no rushing, just talking, eating meals together and discovering things about each other. Carlos is independent, living openly as a gay man and he helps to Billy Joe along his journey to see just how it’s possible to make your own loving and supporting family from the people around you. The men did seem to connect very quickly but I think that was helped by the circumstances in which they both left and with Billy Joe needing help in the moment, he has to trust himself and not what he was raised to believe. Helping them along the way, Tyler is just too adorable! He grabs everyone’s heart, both characters in the book and yours. We have some really good supporting characters too that balance out the negativity we experience from the MC’s families back home. Carlos’ friend Angie envelopes Billy Joe and Tyler, helping them feel acceptance in their current home. There’s a lot of emotion packed into the story, though we wouldn’t expect anything else from Andrew Grey. I love the way he completes a story with well written characters, places and story line, always drawing you in and becoming invested in the outcome of the MC’s involved. This book is no different and I definitely recommend it. I did think there was more dramatic events that would include the “bad guys” of the story but a lot of that seemed to be background, instead our focus remains on Billy Joe, Carlos and Tyler. Narration – 5 I loved this story’s narration from Jack Richmond. His voice for Billy Joe is so charming and southern, just drawing you in with his slow speech style. Emotion comes through clearly, with both men having a lot to deal with regarding how they live and their past. Jack does extremely well with having two different accents to deal with throughout the book, switching between viewpoints of the characters, with Billy Joe coming from Mississippi and Carlos from Mexico. Jack did a great job of drawing me into the story and keeping me entertained throughout.

About Andrew Grey:
Andrew Grey is the author of nearly 100 works of Contemporary Gay Romantic fiction. After twenty-seven years in corporate America, he has now settled down in Central Pennsylvania with his husband, Dominic, and his laptop. An interesting ménage. Andrew grew up in western Michigan with a father who loved to tell stories and a mother who loved to read them. Since then he has lived throughout the country and traveled throughout the world. He is a recipient of the RWA Centennial Award, has a master’s degree from the University of Wisconsin-Milwaukee, and now writes full-time. Andrew’s hobbies include collecting antiques, gardening, and leaving his dirty dishes anywhere but in the sink (particularly when writing). He considers himself blessed with an accepting family, fantastic friends, and the world’s most supportive and loving partner. Andrew currently lives in beautiful, historic Carlisle, Pennsylvania.