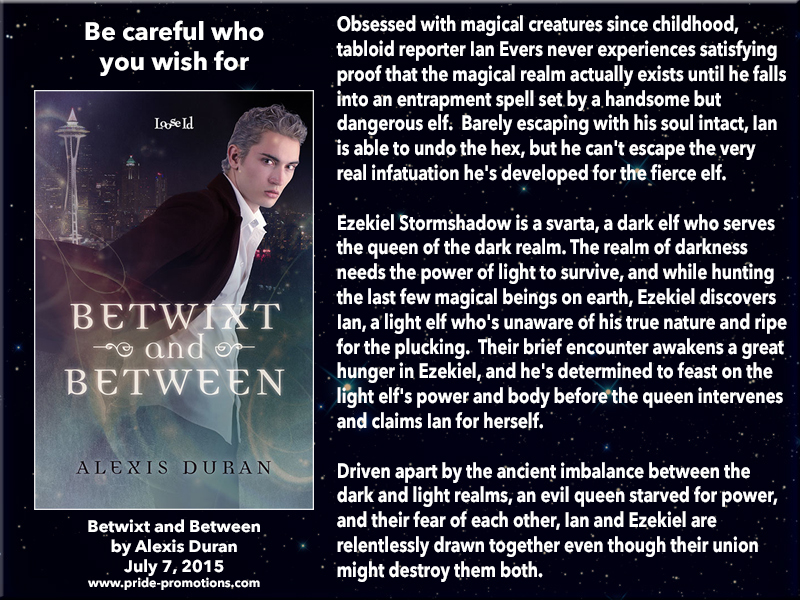 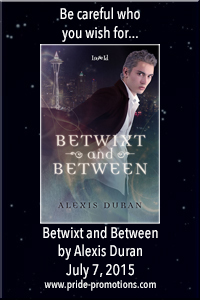 Obsessed with magical creatures since childhood, tabloid reporter Ian Evers never experiences satisfying proof that the magical realm actually exists until he falls into an entrapment spell set by a handsome but dangerous elf.  Barely escaping with his soul intact, Ian is able to undo the hex, but he can’t escape the very real infatuation he’s developed for the fierce elf.

Ezekiel Stormshadow is a svarta, a dark elf who serves the queen of the dark realm. The realm of darkness needs the power of light to survive, and while hunting the last few magical beings on earth, Ezekiel discovers Ian, a light elf who’s unaware of his true nature and ripe for the plucking.  Their brief encounter awakens a great hunger in Ezekiel, and he’s determined to feast on the light elf’s power and body before the queen intervenes and claims Ian for herself.

Driven apart by the ancient imbalance between the dark and light realms, an evil queen starved for power, and their fear of each other, Ian and Ezekiel are relentlessly drawn together even though their union might destroy them both.

“This is a dream,” Ian said and tried to sit up. The svarta moved forward, placed his hand on Ian’s chest, and pushed him down. His palm nearly burned an imprint into Ian’s skin.

“Go away,” Ian said as firmly as he could.

“Why? I feel a strong connection between us. Don’t you feel it?”

“Only because you hexed me.”

“I did no such thing. You sought me out. You drew me here.” The svarta slid his hot hand up to Ian’s neck and traced a finger along his jawline. “Invite me in and know ecstasy.”

Ian shuddered and tried to sit up again. The svarta leaned over him, two hands pressing now against Ian’s shoulders. He ran his hand up and down the arm cuffed to the bed. His incredible eyes held Ian’s like a snake mesmerizing a mouse. He kissed Ian on the lips, gently at first, tongue exploring, probing, before forcing Ian’s lips apart and plunging his tongue deep into Ian’s mouth. Not only did Ian not fight it, but he kissed back, sucking amazing dark energy from the svarta’s rough, wide lips.

It was, after all, only a dream.