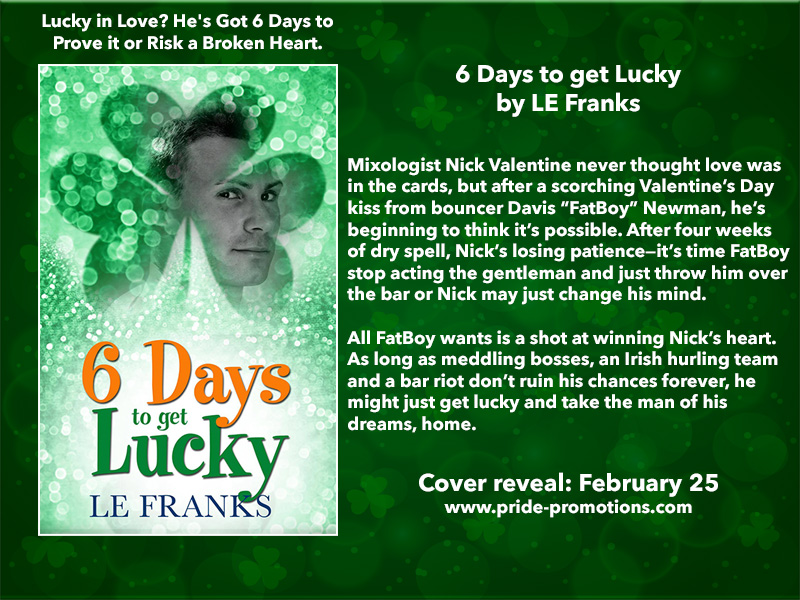 Today I’m very lucky to be interviewing LE Franks author of 6 Days To Get Lucky. Hi LE, thank you for agreeing to this interview. Tell us a little about yourself, your background, and your current book.

Blurb:
Mixologist Nick Valentine never thought love was in the cards, but after a scorching Valentine’s Day kiss from bouncer Davis “FatBoy” Newman, he’s beginning to think it’s possible. After four weeks of dry spell, Nick’s losing patience—it’s time FatBoy stop acting the gentleman and just throw him over the bar or Nick may just change his mind.

All FatBoy wants is a shot at winning Nick’s heart. As long as meddling bosses, an Irish hurling team and a bar riot don’t ruin his chances forever, he might just get lucky and take the man of his dreams, home. 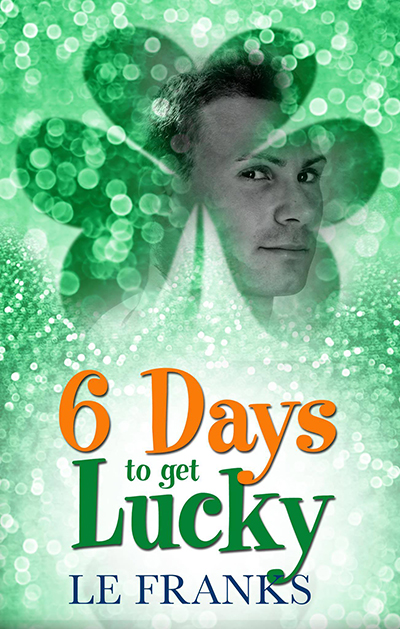 Excerpt:
Reaching across the empty bed next to me, I rode out the last waves of my dream alone. I could still feel his phantom kiss on my lips and the sensation of a hand stroking along my thigh.

The rest of it was just a blur of emotions and sticky residue on my sheets—though I could guess at it without much effort. FatBoy Newman had been a specter haunting me at work so it was no great leap to assume he’d shouldered his way into my dreams as well.

In fact, he was at the root of my problem: I’d been having a hell of a dry spell.

Four weeks since the most romantic kiss of my life…

Four weeks of nothing.

Fuck the South and its mythology of the Southern Gentleman—if FatBoy Newman didn’t stop treating me like a delicate flower and throw me up against a wall soon, I was going to explode.

It was six days until St. Patrick’s Day, and FatBoy had until then to make his move, or I was moving on.

Meet the author:
LE Franks lives in the SF Bay area and writes M/M Romance in a unique mix of humor and drama with enough suspense to produce fast paced stories filled with emotion and passion and featuring characters that are quirky and complicated and sometimes a little bit dark. LE Franks is a best selling author and finalist for 2013 & 2014 Rainbow Awards. Her books are available through her publishers at MLR Press, Dreamspinner Press and Wilde City Press and Pride Publishing and online bookstores.

3 thoughts on “BLOG TOUR: 6 Days to Get Lucky by LE Franks”