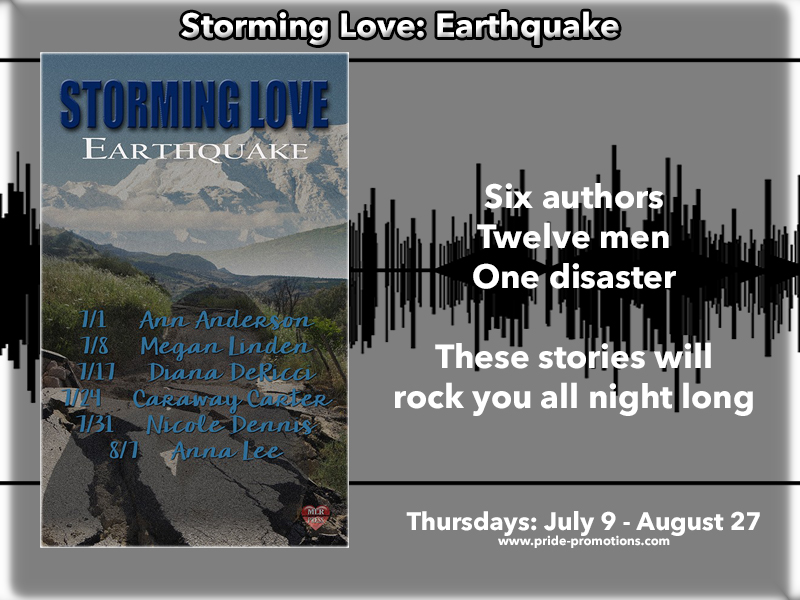 Hi Diana, thank you for agreeing to this interview. Tell us a little about yourself, your background, and your current book. 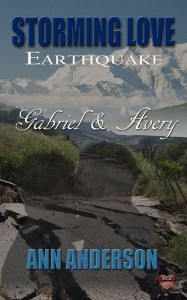 Loneliness has been Gabriel’s companion for since his parents’ passing, growing with each sibling that leaves home to start their own life. When a big earthquake hits Alaska, Gabriel finds himself taking in Avery, his two daughters, and their grandmother and relishes not being so alone. Yet, Gabriel feels a spark of recognition he can’t explain about Avery, but more than that, he likes the company and wishes he could have a deeper relationship with the man. But when the small family has their new home, what could make Avery want to stay? Buy Now: http://amzn.to/1JLS65z

About Ann Anderson:
Born and raised in Illinois, Ann spends her time reading, writing, working, and playing video games whenever the cats, and her family, don’t demand her attention. The second born of four, Ann has learned to listen and observe, a skill she’s honed because the simplest words or gestures can be the next big story idea, and she’s always on the lookout for ideas. 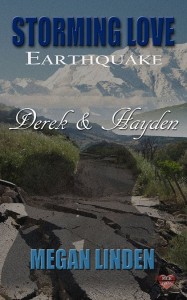 Derek Warden is certain his boss sent him to cover the conference in the middle of nowhere, Alaska, to punish him for something. After an unpleasant phone call from his father who tries to stop him from going, Derek is ready for the whole thing to be over before it even begins.

Hayden Shaw has been looking forward to this conference for months. The problem of fracking is very dear to his heart and he couldn’t wait to spend the long weekend with like-minded people.

Neither of them expected the big earthquake, but most importantly – they didn’t expect each other. Meeting again after over a decade may result in something even more surprising that the ground trembling under their feet. Buy Now: http://amzn.to/1OQ9zck

About Megan Linden
Megan is one of those people who dreamed of being a writer since they were a little kid and then didn’t do anything about it for years. Then as a teenager she was introduced to fandom and… well. She fell head first into it and never looked back. At some point she decided to try writing her own characters in her own stories. And that’s where she is today.

Megan is also a psychologist and continues to learn the hard way that she can’t give all her clients their happy ending (she truly believes everyone can save themselves, though). That’s why she makes sure to give it to her characters, always. 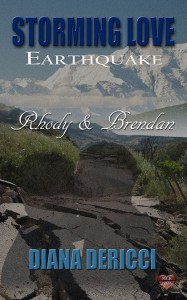 Rhody Witte is on his way to Alaska for two weeks of fishing and not much else. Mountains, clean air, and all the bait he can waste. What he gets is the largest earthquake to rock the Alaskan wilds in sixty-plus years.

Brendan Skorvarski isn’t the kind of man Rhody usually finds himself attracted to, much less want to know, but there’s something in the gentle giant that Rhody can’t seem to resist.

When they’re locked up in a cabin together for days in the Alaskan wilderness, resistance seems futile when survival takes precedence. Especially their survival when Rhody sees a bear outside their window. Buy Now: http://amzn.to/1HqnH6s

About Diana DeRicci
Diana DeRicci is the sexy, flirty pen name of Diana Castilleja. A romance author at heart, DeRicci’s writing takes you into a saucier spectrum of sensuality and sexual adventure, where a happily-ever-after is still the key to any story. Diana lives in Central Texas with her husband, one son and a feisty little Chihuahua named Rascal. You can catch the latest news on all of Diana DeRicci’s writing and books on her website. Feel free to drop Diana an email. She’d love to hear from you. 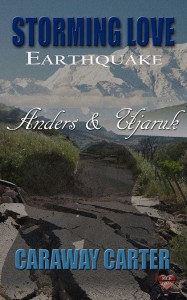 Geologist Anders Thorpe has sworn off relationships with colleagues, after his last one ended in a dirty little game of sabotage. Six months later and he’s preparing to camp and investigate a gold mine that might still be active. He’s joined by Ujaruk an archaeologist who fights an inner battle with the fact that he’s a native Aleut, and wondering if he’ll ever find the perfect man.

Will Anders break his vow? Will Ujaruk find the right guy? Will they survive whatever is thrown their way? Buy Now: http://amzn.to/1OQ9GEL

About Caraway Carter
Caraway Carter has worn numerous hats. He’s been a furniture salesman, a dresser, a costumer, an actor/waiter, a rabble rouser, a poet and most recently a writer. He married his husband on Halloween and they are the loving parents of two rambunctious cats. He loves words and stringing them together, he loves sex and sexy men, he loves seeing how far his muse will take him and he’s looking forward to entertaining you. 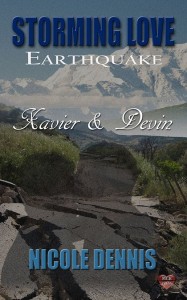 Tremors are a part of everyday life in big Alaska.

Bush pilot, Xavier Markovic, goes with nature’s flow and loves it. He guides guests through Denali National Park to show off his beloved state. Until health issues arise for his mentor, Daniel Chevalier, and Xavier flies him to the hospital.

An almost fatal tumble down a mountain ends Devin Chevalier’s professional mountain biking career and brings him to a crossroads. Learning his grandfather is ill, he makes a rash decision. Uprooting his life for a chance to meet Daniel, he crosses paths with a brash Alaskan.

Alaska throws them another surprise in the form of a huge earthquake. Differences put aside while they struggle to survive. Buy Now: http://amzn.to/1IH4xue

About Nicole Dennis
A quiet one growing up, Nicole Dennis left reality for the comfort of books, filling a personal library over the years. Characters started talking about their own stories. Writing them down whether during or after class, she continues to this day. She lets others meet her characters, walk through her worlds, and sigh as a romance overcomes all obstacles. All of her romances include delightful twists of GLBT, paranormal, fantasy, and erotica and always have their Happily Ever Afters.

She lives and works in Central Florida. Thanks to a quiet working environment, she can escape into her stories. At home, a semi-demonic tortie calico, affectionately known as Fat Cat on social media, rules their home. 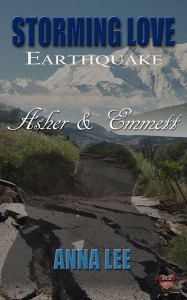 Celebrating their fifth anniversary, Asher and Emmett are on a romantic getaway in a cabin in Alaska. They have plans to adopt when they return home. But their paradise is destroyed when a huge earthquakes hits. Being a firefighter and a paramedic, both men put themselves at risk to save others when the tragedy strikes. Will they be able to make it home to start a family?

About Anna Lee
Anna Lee graduated from the University of California Riverside with a Bachelor’s Degree in Creative Writing. Living with a disability, she has overcome many challenges and puts her passion for life and love into her writing. She lives with her family and dogs and enjoys writing late into the night. When she isn’t writing, Anna enjoys spending time with her nieces and nephew or chatting with her friends about her favorite books and TV shows.