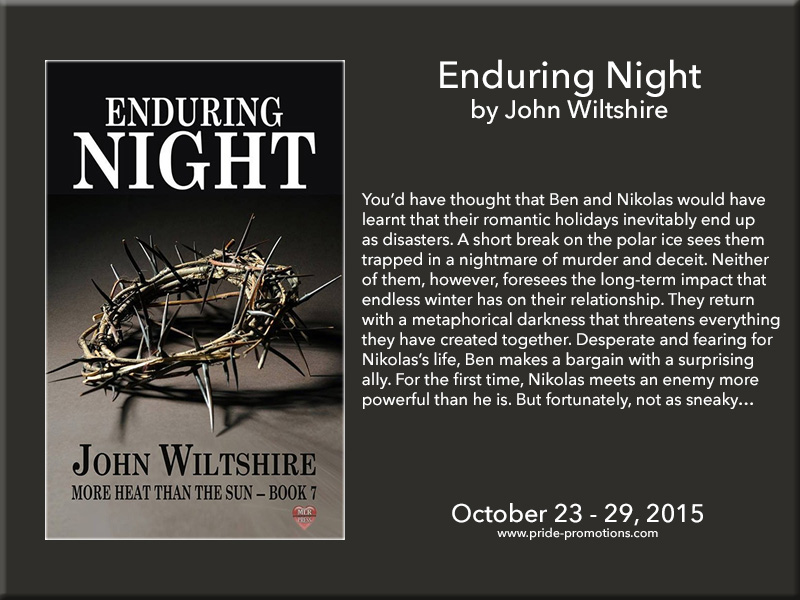 Today I’m very lucky to be interviewing John Wiltshire author of Enduring Night. Hi John, thank you for agreeing to this interview. Tell us a little about yourself, your background, and your current book. 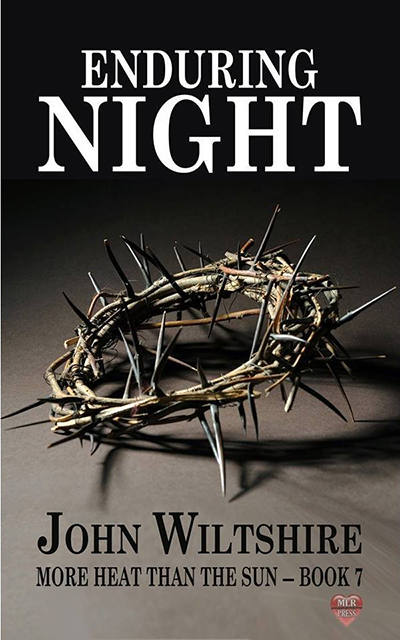 You’d have thought that Ben and Nikolas would have learnt that their romantic holidays inevitably end up as disasters. A short break on the polar ice sees them trapped in a nightmare of murder and deceit. Neither of them, however, foresees the long-term impact that endless winter has on their relationship. They return with a metaphorical darkness that threatens everything they have created together. Desperate and fearing for Nikolas’s life, Ben makes a bargain with a surprising ally. For the first time, Nikolas meets an enemy more powerful than he is. But fortunately, not as sneaky…

The view from the window hadn’t changed since the last time Ben had studied it—one grey, depressing wing of the building, the car park below, and some scraggly trees, still bare in January. Farther away, he could see the roofs of some houses, and perhaps, if he let his imagination run away with it, the distant hills of Bodmin moor. He didn’t speculate in the realms of fiction much these days. He brought his gaze back to the utilitarian architecture.

The seagull was back, perched on the sill, as it had been day after day. Sometimes, it tapped the window with its beak. Ben was never sure if the gull wanted in, or for him to open the window and join it outside, flying or falling. Freedom either way.

Secretly, Ben thought the gull was an albatross. It was so vast, so impressive, that it seemed inconceivable that it could be an ordinary gull blown in from Plymouth Sound and sitting on the grimy ledge. The first albatross perhaps to make it to England, tossed on ocean currents all the way from the Chatham Islands, lost, alone. If it was, then it was in good company. Ben had never felt so lost or so alone, and he had spent a fair proportion of his life being buffeted by metaphorical winds far stronger than those that prowled the vast oceans of the world.

Meet the author:
John is English, an ex-army officer, who emigrated to New Zealand and now spends his time surfing and procrastinating on YouTube.