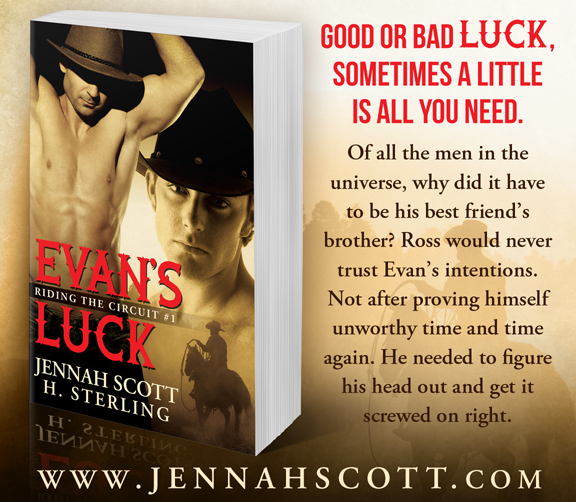 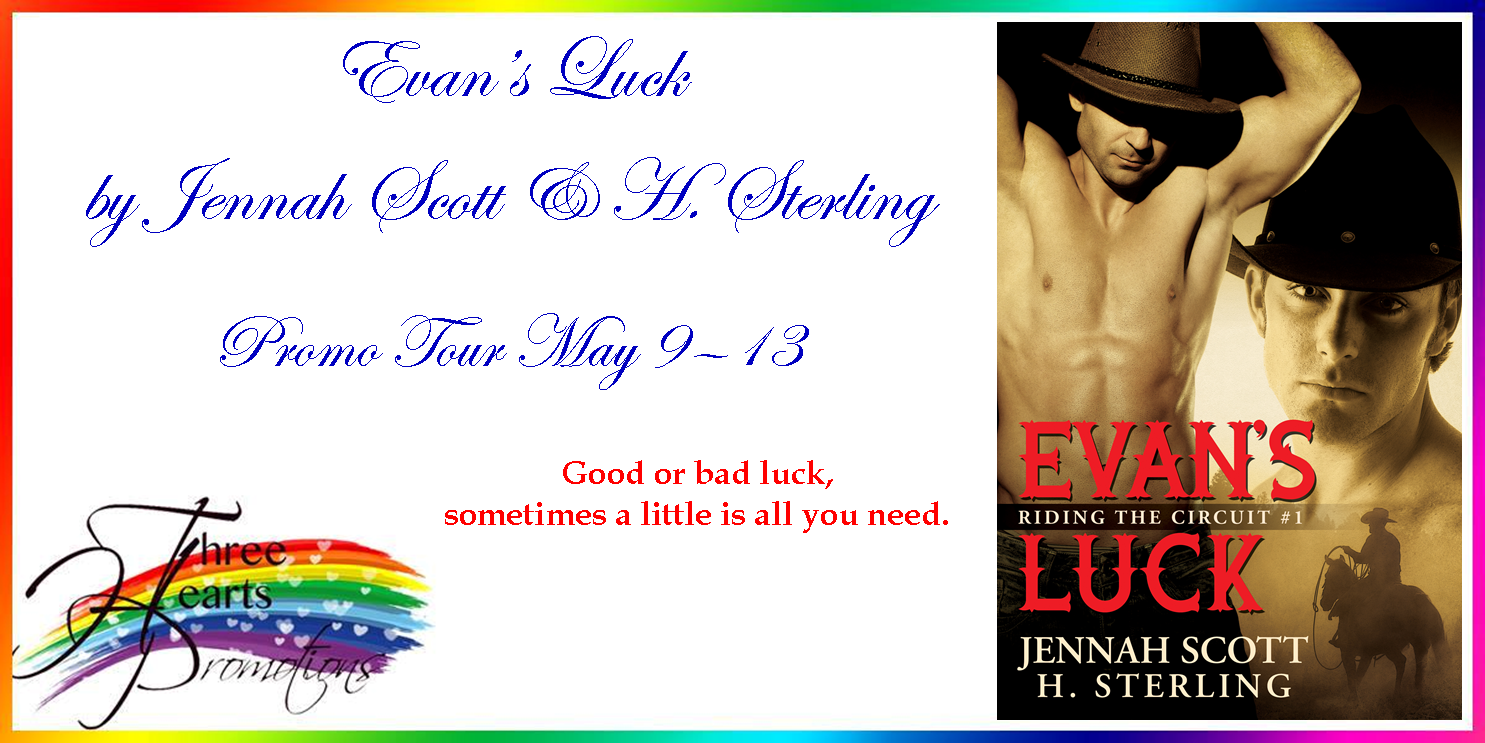 Spencer Quinn has an image to uphold. His family name means more than anything. It’s the reason the reason they’ve become the most successful stock contractor on the rodeo circuit. Fresh out of school, he’s ready to take over the family business. It’s no secret he’s attracted to men, and so far that hasn’t been a problem.

The assertive friend who knows how to push every one of his buttons.

Evan Taylor is known for his love ‘em and leave ‘em style, yet the last few months have left him deflated and lonely. His father’s shadow wasn’t where he wanted to end up, but he’s having trouble finding happiness. Maybe because women can’t keep his attention. He’s losing hope of settling down until a blast from the past saunters by, his heart catches and tingles spread over his skin.

Of all people, Spencer. The one person who would never give Evan a second glance. It’s just his luck.

The old saying, “Bad luck is better than none at all” fits Evan perfectly. Or does it? Is his bad luck about to change? Will Spencer Quinn be a good luck charm instead? Born and raised in Texas, Jennah Scott is a transplant to Missouri long enough ago she should probably consider that her hometown. But she will forever be a Texan. She loves to write any story that will make a reader smile, laugh, and maybe even cry (although you won’t ever hear her admit that she cries). No matter what her next crazy idea turns out to be, there will always be romance for everyone.

Sign up for her newsletter (www.jennahscott.com) to stay up to date with new releases, sneak peeks, and other news!

H. Sterling has published multiple contemporary romance books, usually on the more sweet and sassy side of the line, using her alter ego. After pairing up with Jennah she discovered just how much fun writing hot, sexy cowboys can be. Together they experienced how quickly stories can write themselves. Stick around, there’s plenty more to come!