Excerpt:
He disconnected the call and slipped his phone back into his pocket. “That for me?”

The boy closed the distance between them quickly and thrust the mug at him. He caught it before it made a trip to the ground.

“Black. I noticed you didn’t, um, put anything in your coffee. Is it strong enough?”

He hesitated with the mug at his lips. He swore the boy was holding his breath waiting for his approval. Taking a sip, it was perfect, but he took his time to see how long Fielding would keep himself from breathing. Nothing much amused him anymore, but that was doing it for him.

During the time the boy was in his home he’d picked up on little things about him. Fielding’s need for approval. The boy’s natural submissiveness. Fielding was also downright domestic.

“I’ll do better. Are you going somewhere?”

“No, not for a few more days. We’ll head to the office for a check-in, and see what Linus’ boy, Hunter, found out about your stalker.” Interesting, the stalker comment hadn’t earned a flinch, but the moment he said boy, the kid’s perfectly arched brows rose. “Make a list of anything you need. We’ll hit the store before we come back.”

“Can I get candy and chips?”

The question took him by surprise. Fielding didn’t look like anything fattening ever passed his pretty lips.

“Do you want candy and chips?”

“So much.”
He hid his smile behind his mug at the boy’s longing sigh. He’d noticed the boy didn’t eat very much, not enough in his opinion, but Fielding wasn’t big. Tiny compared to him, probably not for normal sized men.

One more submissive little yes, sir with averted eyes and the boy was going to find himself on his knees worshiping his cock. He was too old for the boy, but his dick didn’t seem to have a problem with it. What made it harder to resist Fielding was a natural submissive born to be someone’s boy. He was inclined to dominate and to have the perfect boy in front of him was more temptation than he’d ever experienced.

He needed to get Fielding as far away from him as possible and soon. 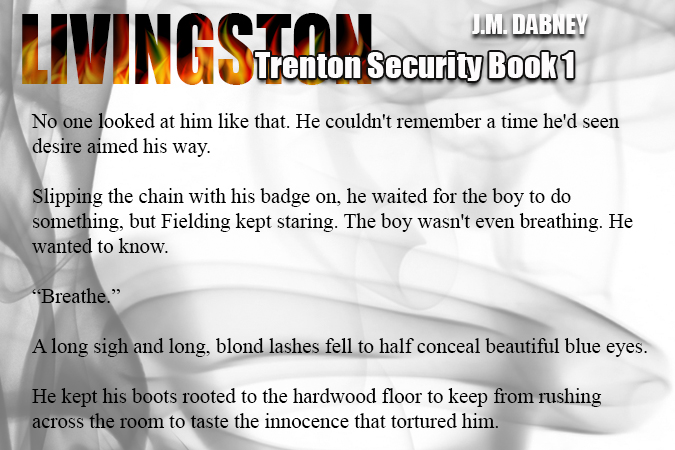 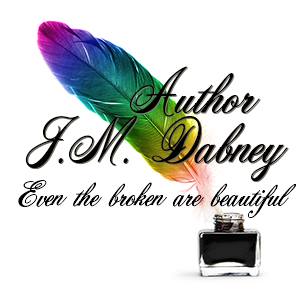 J.M. Dabney is a multi-genre author who writes mainly LGBT romance and fiction. She lives with a constant diverse cast of characters in her head. No matter their size, shape, race, etc. she lives for one purpose alone, and that’s to make sure she does them justice and give them the happily ever after they deserve. J.M. is dysfunction at its finest and she makes sure her characters are a beautiful kaleidoscope of crazy. There is nothing more she wants from telling her stories than to show that no matter the package the characters come in or the damage their pasts have done, that love is love. That normal is never normal and sometimes the so-called broken can still be amazing.

Where to find J.M. Dabney: