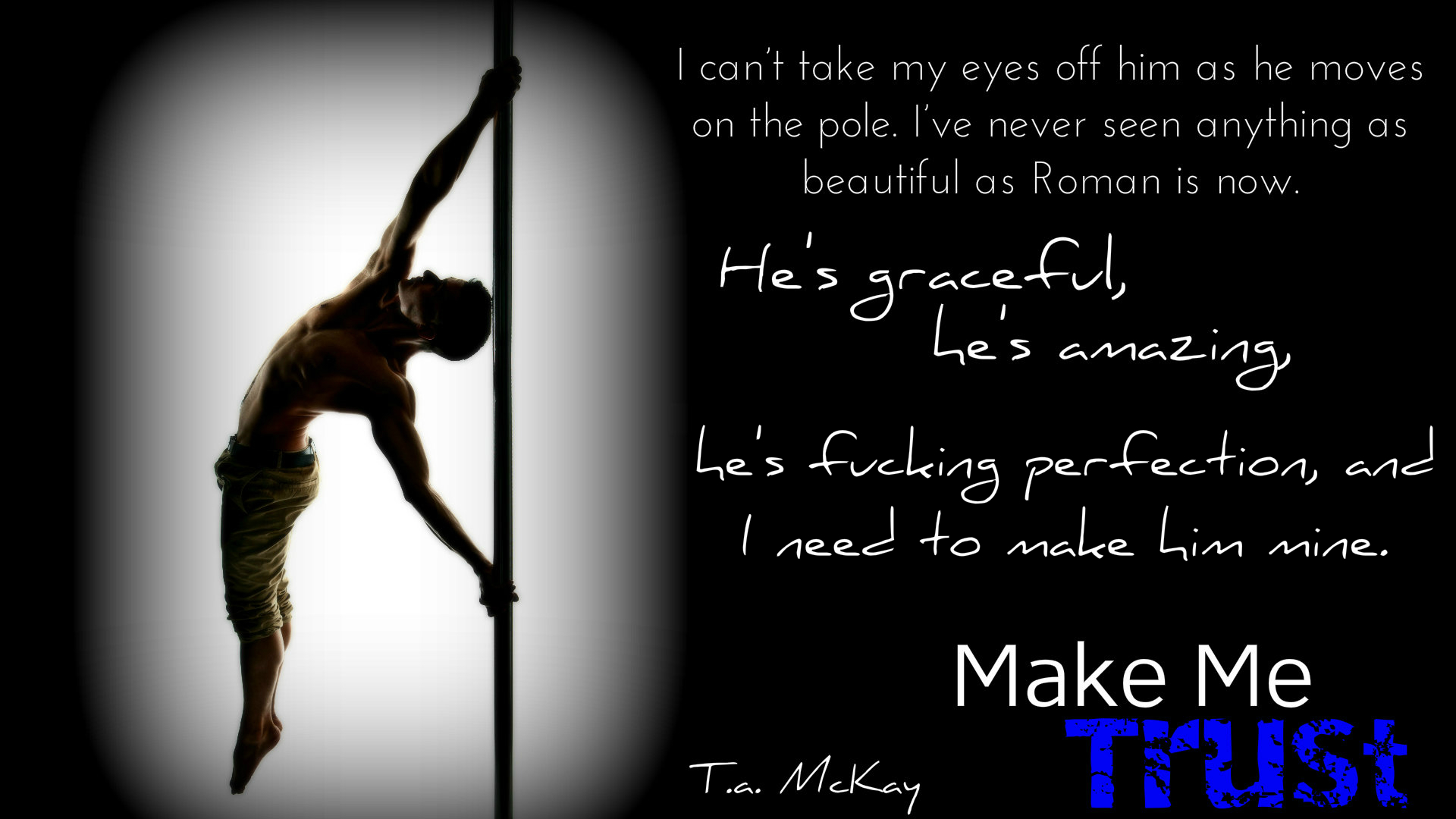 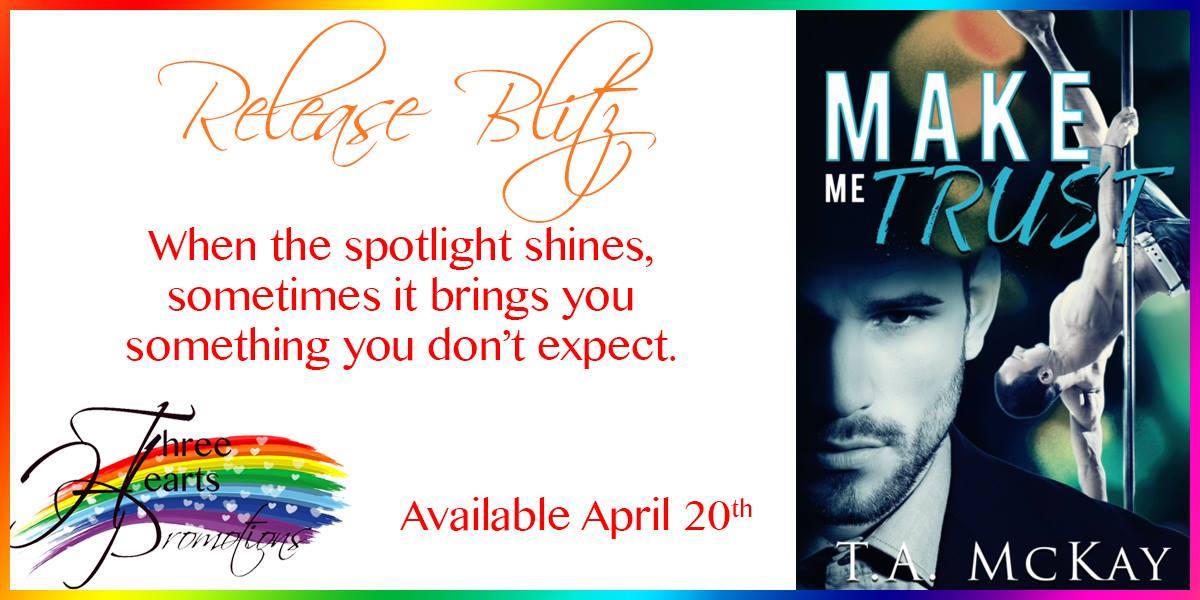 When the spotlight shines, sometimes it brings you something you don’t expect.

Trey Colby has spent his life falling in love only to lose his heart to people who don’t deserve it. Time after time he’s been left broken when his boyfriends have thrown him aside for someone else.

This time he is determined to harden his heart. If he doesn’t allow himself to trust then nobody can hurt him. This is the easiest way, the only way, to live. And it works…

Until he meets the man who would test every limit he has.

Dancing has always been one of Roman Knox’s biggest loves, although he never imagined it would be on a pole in front of a club full of men; men who see his body, but not him. He spends his days being overlooked, and that’s the way he likes it. He has no desire to be noticed… until one fateful night.

Now he has the one man he’s always fantasized about, the one man he shouldn’t want, watching him as he dances, and for the first time he craves to be seen.

When two worlds collide can secrets be kept? When the truth comes out can you convince the one person who refuses to trust, that you are there for them? Roman just wants to show Trey that he belongs to him, that he can give him everything he needs…

But when tragedy strikes can Trey depend on him for the support he needs? Can he give up the control he’s barely managing to hold on to? Can he keep the past from destroying his future? The ring is his home. It’s the place he feels in control.
Zeke ‘The Storm’ Raine has his life all planned out.
Fight it.
Win it.
Own it.
The plan was working, it’s almost his time to shine, to be the ultimate.
One moment was all it took to bring it all crashing down around him. One punch, one moment of distraction, one mistake by another and his dream could be a faint memory.
Bryce Tanner, one time fighter and now the coach Zeke doesn’t think he needs. Moving to a new country to take this job, and he’s determined that he will succeed. Now that he’s met Zeke, Bryce must make his own plans, rules that he is going to have to work hard to stick to.
Be strong.
Be professional.
Be his coach.
He just doesn’t know if he will be able to resist.

Passions run high, making their professional relationship difficult. Can they keep the outward façade while becoming more?
Now Zeke needs to decide, is he willing to walk away from what he loves?

Will he be able to win the most important fight of his life?

Contains both m/m and m/f scenes. Not suitable for younger readers due to sexual content

After being married for over ten years and raising three beautiful kids, I decided it was time to do something for myself. My passion for reading bled over with a need to tell the story that was repeating in my head and that was the birth of my first book. The rest they say is history.

I love the creative release that writing gives me, being able to take someone away to a different world feels amazing. As a reader I know how important that escape is, and as a writer I love to be able to give people that.

My other loves include music and reading (in case I haven’t mentioned that before) and then when I have time a little more reading. I think if I could read for a living I would, but since I can’t I will continue on the writing side of things.