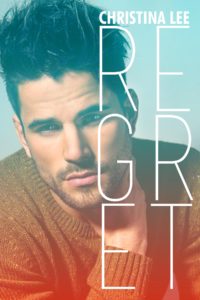 When Brian “Brin” Schubert’s condo floods, he takes his co-worker up on the offer to stay on his crappy futon for a while. The last thing he expects is for his friend’s roommate to be the one guy he despises the most. The same guy who stomped on his heart senior year of high school. And by the looks of the girl on his arm, the same man who’s still deep inside the closet.

Nicholas Dell never predicted that eleven years later, one of his greatest regrets would show up on his doorstep down on his luck. Nick has made some terrible mistakes—story of his life—and he’s been paying for them ever since. And if the guilt and shame aren’t enough, his first crush had to turn into one of the sexiest men he’s ever laid eyes on.

Nick and Brin have weeks to steer clear of each other. Weeks to avoid strangling each other. But when stubbornness leads to skyrocketing sexual tension, hate-sex doesn’t seem like such an awful way to work through their frustration. Except hate is a powerful emotion, especially when it’s turned inward. And in Nick’s case he’s been drowning in a sea of self-loathing for so long, he can’t see his way out.

As Brin reconnects with Nick, his perception of what really happened in their past begins to change. He’s finally ready to forgive him and take a second chance on the one guy who stirs him like no other. But Nick’s demons are complicated, heart-wrenching…demanding. So devastating, he might never allow himself true happiness—even with the one man who’s always owned his heart.

Excerpt:
“Brin, let me introduce you to my roommate,” Elijah said as I followed him through the short hallway to the living room. “This is Nick and his friend, Sarah.”

Sarah’s curly locks were nearly as blond as mine and Nick’s black hair was mostly tucked beneath a worn blue baseball cap. The two of them were cozy on the couch, Sarah sitting with her legs tucked under her and Nick with his ankle crossed over his knee. They were eating Chinese food off paper plates resting in their laps. Sarah simply waved as her mouth was full from a bite of food but Nick responded, “Hey, how you doing?” after swallowing a piece of what looked like an egg roll.

The smell of fried rice hit my nostrils and when my stomach rumbled in response, I realized just how famished I was. I was dying to dive right into the second brown bag resting on the coffee table that more than likely contained my food, but I didn’t want to be rude.

When Nick leaned forward with an outstretched hand, for some reason I zeroed right in on the neatly groomed scruff on his chin. When he tilted his face to look directly into my eyes, I froze, our fingers interlocked. A startled gasp sprang from my lips, and Nick’s eyebrows slammed together in confusion right before they lifted straight to his hairline.

The same cherry-colored lips, with a center dimple drilled into his chin. Those sad, amber-colored eyes that shuttered out the world.

The same Nicholas Dell from Jefferson High who practically ruined me for other guys.

The same Devil’s third baseman that begged his math tutor to suck his cock in the locker room after practice.

And given the female nestled up beside him, it was the same Nicholas Dell who was still deep in the closet. 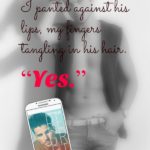 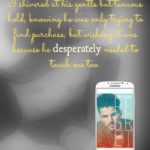 About Christina Lee:
Mother, wife, reader, dreamer. Christina lives in the Midwest with her husband and son–her two favorite guys. She’s addicted to lip balm, coffee, and kissing. Because everything is better with kissing.

She writes MM Contemporary as well as Adult and New Adult Romance. She believes in happily-ever-afters for all, so reading and writing romance for everybody under the rainbow helps quench her soul.

Where to find Christina Lee: