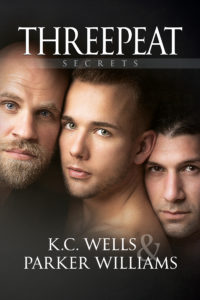 Can two Doms open their hearts again for a young man desperately in need of their help?

Two years ago, Aaron Greene and Sam Thompson were devastated when their submissive broke the contract that bound the three of them together. They still wonder what happened and whether they can find a way to move forward. When Aaron finds a sick young man by the curbside, his protective instincts kick in, and after consulting Sam, he takes Tim home.

After being thrown out of his home, Tim Waterman finds himself on the street, doing whatever he needs to survive. Until a bear of a Good Samaritan scoops him up and saves him. Then one bear becomes two, and a chance discovery gets him thinking about what might be, if he’s bold enough to make a move.

So what happens when Aaron and Sam wake up one morning to find Tim naked in their bed? Will they get a new chance at life, or will history Threepeat itself? 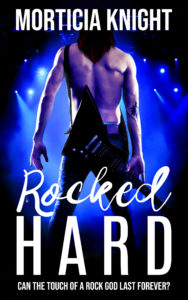 Can the touch of a rock god last forever?

Legendary alt rock singer, Aubrey King, is making a comeback after many years out of the spotlight. Rumors of his sexuality have always dogged him, and while he’s never come out publicly, his reasons for leaving the industry had nothing to do with his fear of discovery. What matters to him is the music. That’s his truth, and so far, his only real love. He aches to find someone to share his life with, but his propensity to fall fast and hard—along with chasing men he knows can never be his—has left him all alone.

Rock journalist Bryan Gallagher was first turned on to rock music at the age of twelve when he became obsessed with Aubrey’s band, Falling in Stereo. His friends, and even girlfriends, would sometimes tease him that he was hot for Aubrey. But it was all about the music and nothing else—at least that’s what he’s always told himself. When he’s approached about helping Aubrey write his memoir, it’s not only a dream assignment, but an exciting opportunity to work closely with his idol.

When Bryan meets Aubrey, the electric heat between them is unnerving. He’s further confused by how intense Aubrey’s attraction toward him is and how deeply they connect over their shared obsession of music. While Bryan struggles with uncertainty regarding his own sexuality, he also has to navigate through the perils of working with a lover and keeping their relationship a secret.
But Bryan’s biggest struggle of all might be determining whether declarations of true love from a rock star can ever be trusted.

Publisher’s Note: This book was previously released in two parts as part of the What’s his Passion? collection at Pride Publishing. It is a newly revised and expanded edition. 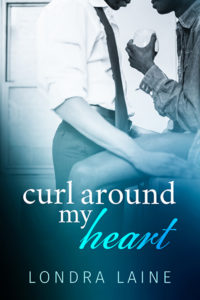 At Pearl’s Hair and Nails, no one questions Tate Robinson about his high heels, crop tops, and lipstick, because he’s the boss and he can wear what he damn well pleases. The shop is his life, and he doesn’t need anything more. Until a man walks in with his adorable daughter, and Tate has to untangle her helmet-hair…and his growing feelings for the single dad.

Reece Evans has been on his job for years, has his own place, and now has custody of his eight-year-old daughter. But he doesn’t trust himself to avoid screwing up. Adulting is not his strong suit—or so he’s been told. And now a sexy beautician, who also happens to be his new downstairs neighbor, has Reece wanting and reaching for more than he thinks he’s capable of.

As Tate and Reece move past their own fears about relationships, Reece’s ex issues a threat that could destroy everything. Will Reece’s worries about other people judging him undermine his budding romance? And will Tate’s fear of rejection make him push Reece away? Or have the sweet single dad and his precocious daughter curled too tightly around his heart to give them up?

***Please be aware that this book contains references to drug addiction.*** 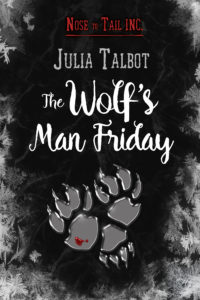 The last thing Sebastian Zeller wants is to be pack Alpha. But when the pack leader, his uncle Ron, is attacked, he has no choice but to leave his beloved Colorado mountains and fulfill his duty as Ron’s heir – at least until his uncle recovers. In the meantime, he intends to lure the attacker out…and make them pay.

When Ron gets wind of Sebastian’s plan to catch the attacker, he doesn’t like the idea of risking his heir. That’s where Jaxon Reedis comes in – he’ll balance protecting the dark and sexy werewolf with pretending to be his personal assistant. He’s walking a fine line that requires all his foxy wit and craftiness…and that’s on top of the inescapable feeling that he and Sebastian are meant for each other. When the attacker returns, will they be able to maintain their deepening bond when danger threatens to tear down everything they’re building? 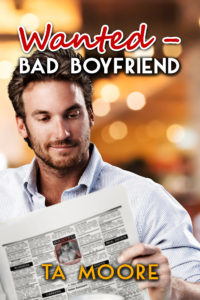 His mother. His best friend. The barmaid at the local pub. Everyone is determined to find Nathan Moffatt a boyfriend. It’s the last thing Nathan wants. After spending every day making sure his clients experience nothing but romantic magic, the Granshire Hotel’s wedding organizer just wants to go home, binge watch crime dramas, and eat pizza in his underwear.

Unfortunately, no one believes him, and he’s stuck with lectures about dying alone. Then inspiration strikes. He needs the people in his life to want him to stay single as much as he does. He needs a bad boyfriend.

There’s only one man for the job.

Flynn Delaney is used to people on the island of Ceremony thinking the worst of him. But he isn’t sure he wants the dubious honor of worst boyfriend on the entire island. On the other hand, if he plays along, he gets to hang out with the gorgeous Nathan and piss off the owners of the Granshire Hotel. It’s a win-win.

There’s only one problem—Flynn’s actually quite a good boyfriend, and now Nathan’s wondering if getting off the sofa occasionally is really the worst thing in the world. 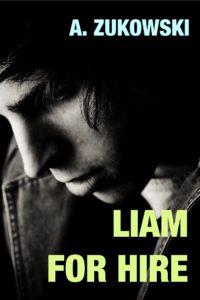 Blurb: Liam Murphy has kicked his drug habit and now pays for the high living costs in London as an escort. His life is finally in balance. His only problem is that he obsesses about the minimum number of times he has to bend over to make ends meet. As long as he has his emotions under control, it’ll be fine. That’s what Liam keeps telling himself until he meets the young widower Alastair, also known as Ali, whose emerald eyes remind him of Ireland.