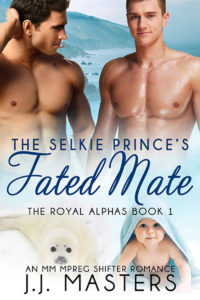 A Selkie prince forced to produce an heir. An omega destined to become a royal’s fated mate…

Prince Kai’s life as he knows it is now over. As the firstborn alpha to the Selkie King of the North, he’s required to produce an heir. Whether he wants to or not. When the Selkie Seekers finally present his fated mate, he dreads being tied to this stranger for the rest of his life. He can only hope his omega will be easy on the eyes and somewhat intelligent.

Raised in a family of good breeding, Luca always knew it was possible he’d end up the mate for an alpha of nobility. Only to whom, he never knew. Every time the Seekers summoned him for the humiliating presentation ceremony to royalty of all levels, he feared being stuck with some unbearable, abusive or very unattractive alpha. As an omega he doesn’t have the choice to say no. Not only is it his obligation, it’s the law. If he refuses, he and his family would become outcasts and banished from the Selkie community.

However, as soon as Kai enters the Great Hall of the North, it’s clear that the handsome prince is his alpha. Luca’s pleased with the choice the fates made until the king demands that not only he become pregnant within six months but produce an alpha pup with his son, otherwise he’ll be cast aside. And getting pregnant might be a problem…

Note: A 56k word m/m shifter mpreg story, this is the first book in the Royal Alpha series. Due to the “knotty” times in this book, it is recommended for mature readers only. It can be read as a standalone and, of course, has an HEA 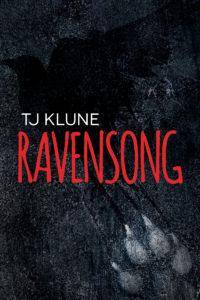 Gordo Livingstone never forgot the lessons carved into his skin. Hardened by the betrayal of a pack who left him behind, he sought solace in the garage in his tiny mountain town, vowing never again to involve himself in the affairs of wolves.

It should have been enough.

And it was, until the wolves came back, and with them, Mark Bennett. In the end, they faced the beast together as a pack… and won.

Now, a year later, Gordo has found himself once again the witch of the Bennett pack. Green Creek has settled after the death of Richard Collins, and Gordo constantly struggles to ignore Mark and the song that howls between them.

But time is running out. Something is coming. And this time, it’s crawling from within.

Some bonds, no matter how strong, were made to be broken. 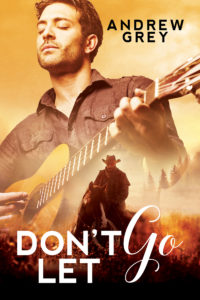 Avery Rivers is a country music sensation, selling records by the millions and playing to sold-out crowds. But behind that persona is Robert, a burned-out musician cracking under the pressure. He’s unable to write any new songs, and he wants out of the business—at least for a while. He changes his appearance and finds honest, hard work in Jackson, Wyoming. Maybe getting to be a regular guy for a while will get him past his block.
Hy Whitely was a championship bull rider until he watched his best friend thrown in the arena and decided the rodeo circuit was no longer the place for him. He wants to be plain old Zeke for a while, and when he returns to his family ranch, he bumps right into Robert—a one-night stand from his last rodeo appearance who is now working there as a ranch hand.
The heat between the men could sear the grass off the range, but each one is hiding a secret. Robert and Zeke, the men behind the public images, fall in love, but can they hold on when Avery and Hy are pulled back into the spotlight? 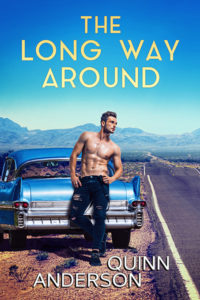 A wrong turn could lead to Mr. Right. Sam Cooper is the definition of an introvert: shy, bookish, and the sort to think a wild Friday night involves ordering takeout. He enjoys his quiet life, but after a bad breakup, he’s been yearning for a change of scenery. Luckily, his best friend and former college roommate has the solution.

Wesley Reed—a jokester and expert Sam-handler—proposes an epic road trip to a wedding across the country. They’re both between jobs and boyfriends. Why not hit the open road and make some memories?

Stuck in close quarters for the first time since their dorm days, they’re both surprised at the heat that springs up between them. As best friends, they’ve shared so much over the years, so why does sharing a hotel room—and occasionally a bed—make them want more? Chemistry this smoldering is hard to ignore, but there are road blocks to their romance. Wesley’s keeping a secret, and Sam can’t rely on Wesley to drag him out of his comfort zone forever. If they’re not careful, their relationship may take the ultimate wrong turn. 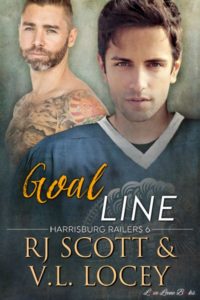 Fear and sadness mark Bryan’s life, can Gatlin show him that you have to trust before you can love?

Gatlin Pearce is creeping up on thirty-eight and is still single. It’s not that he wants to be alone, it’s just that he’s too damn old to be in clubs filled with glittery gay boys who can’t even tell him who the Rolling Stones are.
Better to just spend his evenings at Hard Score Ink – his tattoo and artwork shop – creating masterpieces on human flesh, listening to the Railers games, and nursing a cold beer.

His solitary life is about to end when Bryan Delaney, the new Railers backup goalie, shows up at his shop looking for new artwork for his helmet. There’s some sort of sad story in those beautiful eyes of Bryan’s, and Gatlin finds himself more than a little infatuated with the tender new goalie.

Bryan Delaney leaves home at fifteen to live with a billet family. He just wishes that he could have escaped his alcoholic father and strictly devout mother earlier. Drafted to the Arizona Raptors he finds a new family, and his first love affair even if that relationship is marked with violence.

Being traded to the Railers is a shock to the system but the team isn’t like any other he’s ever played on and they truly seem to care about him. It’s only when he meets artist Gatlin, with their shared love of music and hockey, that he realizes how hard it is to escape the past. 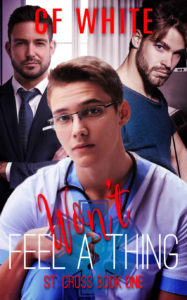 It takes more than a doctor to mend a broken heart. Ollie Warne is fresh out of nursing school and working his dream job as a paediatric cardiology nurse at St Cross Children’s Hospital. Wanting to start the New Year fresh from personal heartache and his track record of falling for the wrong man, Ollie’s New Year’s Resolution is to rid himself of emotional baggage and live a life of carefree liaisons.

But before the resolution can even begin, Ollie is called to care for eight-year-old Daisy Mallone struggling after heart surgery. Her father, Jacob Mallone, never leaves her side, apart from the times her mother comes to visit.

The tempestuous, and somewhat estranged, relationship of her parents are cause for concern enough but the brooding nature of the father has Ollie investing far more time than usual for his Room One patient. Striking up a friendship of sneaking takeaways into the ward, card playing until dawn and the occasional break up of domestic fights, Ollie finds himself drawn to Jacob and becomes a confessional sounding board for the man who is harbouring more guilt and past demons than even Ollie is, which is saying something.

The growing attraction makes it hard for Ollie to keep his distance, but he has to—not only do the ethics of his profession demand it… but Ollie is still somewhat involved with another man. One who has a huge stake in Ollie’s life, both personal and professional.

Ollie is risking more than just his job by getting involved with a patient’s father—much more even than the success of his New Year’s Resolution, something that is supposed to ensure that, this time, he won’t feel a thing.

Publisher’s Note: This book was previously released by another publisher. It has been reedited for rerelease with Pride Publishing. 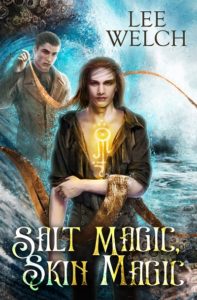 Lord Thornby has been trapped on his father’s isolated Yorkshire estate for a year. There are no bars or chains; he simply can’t leave. His sanity is starting to fray.

When industrial magician John Blake arrives to investigate a case of witchcraft, he finds the peculiar, arrogant Thornby as alarming as he is attractive. John soon finds himself caught up in a dark fairytale, where all the rules of magic—and love—are changed.

To set Thornby free, both men must face life-changing truths—and John must accept that the brave, witty man who’s winning his heart may also be about to break it. Can they escape a web of magic that’s as perilous as love? 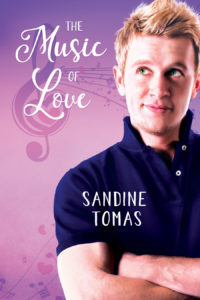 Sometimes the music of love skips a beat….

Paralegal by day, musician by night, Julian has an expiration date stamped on his forehead when it comes to love. No relationship has made it past a year, so Julian avoids romance like the plague and concentrates on his music instead.

Which works fine until gorgeous, smart, and funny Zachary joins Julian’s firm. One look at the man and Julian knows he’s dangerous. No matter what, he can’t fall for Zachary. He has to spare Zachary the pain of dumping Julian at the one-year mark. His brilliant plan? Ask a straight friend to pose as his significant other to keep Zachary away. Not surprisingly, his scheme does little to dampen the attraction—on either side.

When Zachary gives Julian a second chance despite his deception, Julian thinks his curse might be broken. But then he’s faced with the impossible choice between a life with Zachary and living his dream of touring with the band….