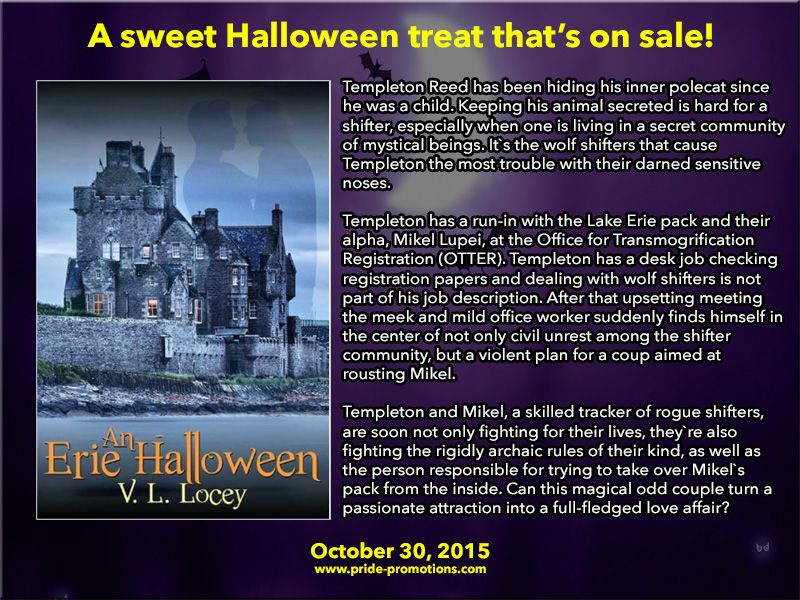 Blurb:
Templeton Reed has been hiding his inner polecat since he was a child. Keeping his animal secreted is hard for a shifter, especially when one is living in a secret community of mystical beings. It`s the wolf shifters that cause Templeton the most trouble with their darned sensitive noses.

Templeton has a run-in with the Lake Erie pack and their alpha, Mikel Lupei, at the Office for Transmogrification Registration (OTTER). Templeton has a desk job checking registration papers and dealing with wolf shifters is not part of his job description. After that upsetting meeting the meek and mild office worker suddenly finds himself in the center of not only civil unrest among the shifter community, but a violent plan for a coup aimed at rousting Mikel.

Templeton and Mikel, a skilled tracker of rogue shifters, are soon not only fighting for their lives, they`re also fighting the rigidly archaic rules of their kind, as well as the person responsible for trying to take over Mikel`s pack from the inside. Can this magical odd couple turn a passionate attraction into a full-fledged love affair?

Excerpt:
As I walked, I rolled odd change around inside my coat pockets. The streets were busy as last minute shoppers ran to get their candy and costumes for the big night tomorrow. Head down and mind running a mile a minute, I never saw the brick wall disguised as a man I ran into. Face into the wind, I never smelled him either. The amber eyes and brindle hair were all that stopped me from either screaming or shifting. Mikel pulled me into a small bookstore. I went along because I really had no choice, but once inside the quaint bookery, I jerked my arm from his grasp. Several patrons glanced at us. Mikel muscled me into a row holding non-fiction and historical. He grabbed a book and opened it, his sharp gaze flitting between me and a fascinating how-to grow-your-own-beets book. 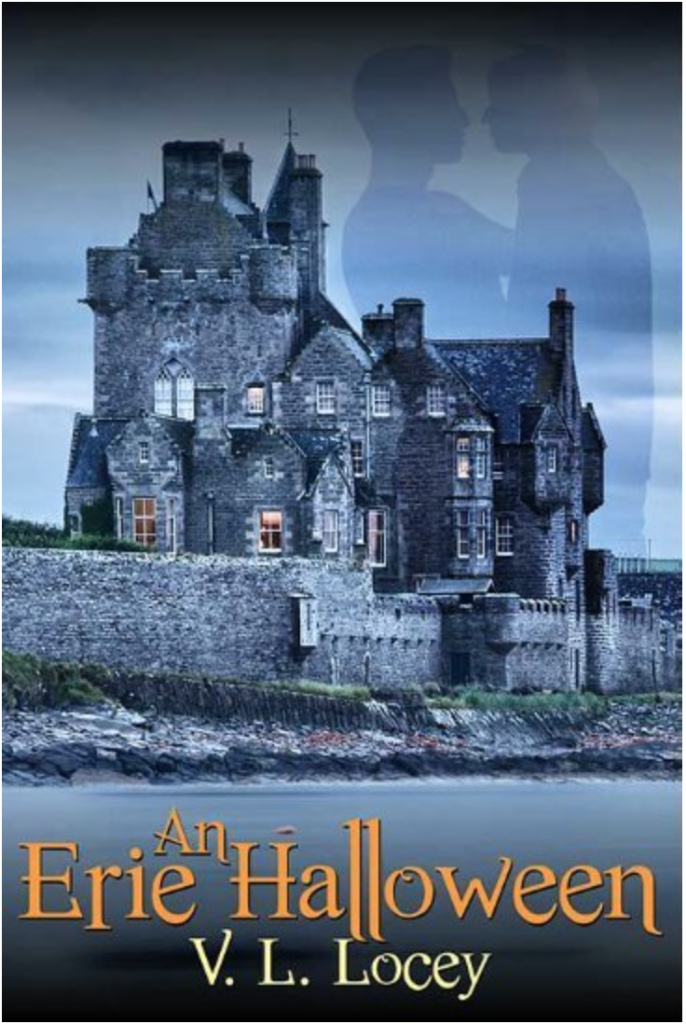 “Is there a reason you abducted me from the street?” I asked, moving back slightly when his big body pressed closer to allow a woman to pass behind him. His proximity was beyond distressing. It was arousing. Now that he had me cornered, there was no getting away from the heady scent that he exuded: Part sin, part warm fur, part earthy pine, wholly distracting.

“I`ve been trying to contact you for days. Why didn`t you return my calls?” he whispered, keeping his big chest plastered to my left arm. My spine was firmly against a bookshelf.

“There are several reasons,” I replied trying to sound snooty but sounding meagerly twitterpated. “One is that our classes don`t mix. . .”

“Well, it may be for you, but when one`s boss tells one to keep his distance and – hey!” I grabbed for my glasses when he plucked them off the bridge of my nose. Folding my arms over my pea coat, I glowered at the oaf. There would be no leaping up and down. Those days ended when I left high school. The touch of his fingers on my chin brought out an age-old response. I jerked back hard. The bookcase behind me wobbled dangerously. Mikel dropped his book to steady the shelving unit. My heart was trying to explode through my chest like an alien baby. The lycan inhaled several times then gave me a dark look.

“Calm yourself, Templeton, your odor is growing stronger.”

“Sorry, it`s just this is all too – too much,” I gasped, working to calm myself before the tingling at the base of my spine began. The bells over the front door tinkled melodiously. Soft conversation bounced off the spines of books. Mikel tipped my head back and kissed me. Right there in the middle of the non-fiction. His lips were soft. Sinfully soft. It took my lashes a moment after his mouth left mine to flutter upward. Squinting skyward, I tried to read his face but it was a blur. My glasses were placed back onto my face, albeit crookedly, and then I could see the glow of golden eyes. Oh my . .

When not writing spicy romances, she enjoys spending her day with her menagerie in the rolling hills of Pennsylvania with a cup of fresh java in hand. She can also be found online on Facebook, Twitter, Pinterest, and GoodReads.

2 thoughts on “BOOK BLAST: An Erie Halloween by V.L. Locey”