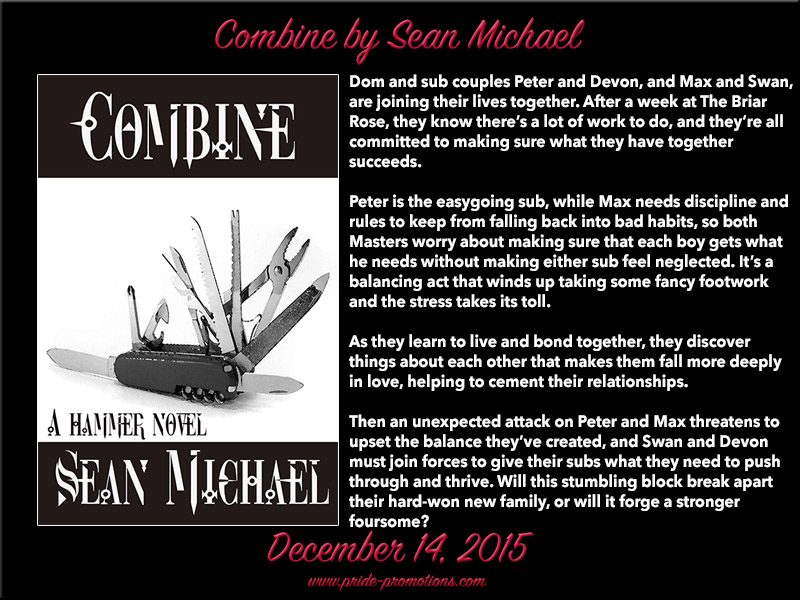 Blurb:
Dom and sub couples Peter and Devon, and Max and Swan, are joining their lives together. After a week at The Briar Rose, they know there’s a lot of work to do, and they’re all committed to making sure what they have together succeeds.

Peter is the easygoing sub, while Max needs discipline and rules to keep from falling back into bad habits, so both Masters worry about making sure that each boy gets what he needs without making either sub feel neglected. It’s a balancing act that winds up taking some fancy footwork and the stress takes its toll.

As they learn to live and bond together, they discover things about each other that makes them fall more deeply in love, helping to cement their relationships.

Then an unexpected attack on Peter and Max threatens to upset the balance they’ve created, and Swan and Devon must join forces to give their subs what they need to push through and thrive. Will this stumbling block break apart their hard-won new family, or will it forge a stronger foursome? 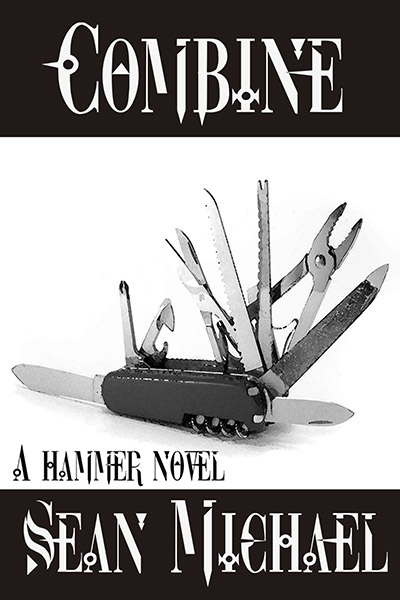 Peter loved Maxie’s house. It was this crazy old Victorian mansion, tons of room, tons of space. It needed organization and some sense of style, areas for all four of them—him, Maxie, and their masters, but it had solid bones and he could definitely see himself living here, fixing it up, and making it theirs. All four of theirs.

Because they were going to do it. Move in together. All four of them. Two couples merging.

They had spent a week at a B&B training for this. He wasn’t even going home right now. They were going straight to Maxie’s house. Swan’s house. All their house. Whatever.

Devon turned around in the front seat and smiled at him and Max. “Almost there. Are you excited?”

Peter and Max looked at each other, and then Max nodded. “I am, very much.” If Max was excited and not worried, then it was good.

“Where will we sleep, Maxie?” They usually used the green suite when they stayed over, which happened on occasion.

“Your rooms? Are you going to want those permanently?” Max asked, eyes wide.

“We’re going to need to talk about that, about how exactly we want everything to work.” Devon tilted his head. “I’d like to sleep together tonight, if that’s good with everyone.”

“Our bed should fit us just fine.” Swan stretched, rolling his shoulders. “Everyone okay with ordering in for supper?”

“I could whip us up something, but I have to admit, I’d rather do you guys, not supper.” Devon’s grin looked rather wicked.

“Master, we can order Greek. We all like it and it’s super easy to clean up.” Max smiled at Swan in the rearview.

Peter’s mind, though, was on the kitchen, on what his master needed in a home kitchen.

“Greek sounds great. We have this place around the corner,” Swan told Devon.

Maxie grinned at him, red hair wild from riding with the window down. “You should. It’s El Grec. We used to order from there all the time.”

“Oh, I’ve heard stories about this place.” Devon chuckled. “I’ve been trying to live up to Peter’s memories of their Greek potatoes for years.”

“It’s a good place. Lots of finger foods and they deliver.”

“Finger foods work really well for Max.” Swan pulled the car up into his and Max’s driveway.

Peter took a deep breath. He was going to get to redo this house. Him. It was going to be their house. He’d been dreaming of the things he could do with this place ever since Swan and Max had bought it.

Turning off the engine, Swan turned to the back and smiled. “Welcome home.”

Meet the author:
Often referred to as “Space Cowboy” and “Gangsta of Love” while still striving for the moniker of “Maurice,” Sean Michael spends his days surfing, smutting, organizing his immense gourd collection and fantasizing about one day retiring on a small secluded island peopled entirely by horseshoe crabs. While collecting vast amounts of vintage gay pulp novels and mood rings, Sean whiles away the hours between dropping the f-bomb and pursuing the kama sutra by channeling the long lost spirit of John Wayne and singing along with the soundtrack to “Chicago.”

A long-time writer of complicated haiku, currently Sean is attempting to learn the advanced arts of plate spinning and soap carving sex toys.

Barring any of that? He’ll stick with writing his stories, thanks, and rubbing pretty bodies together to see if they spark.