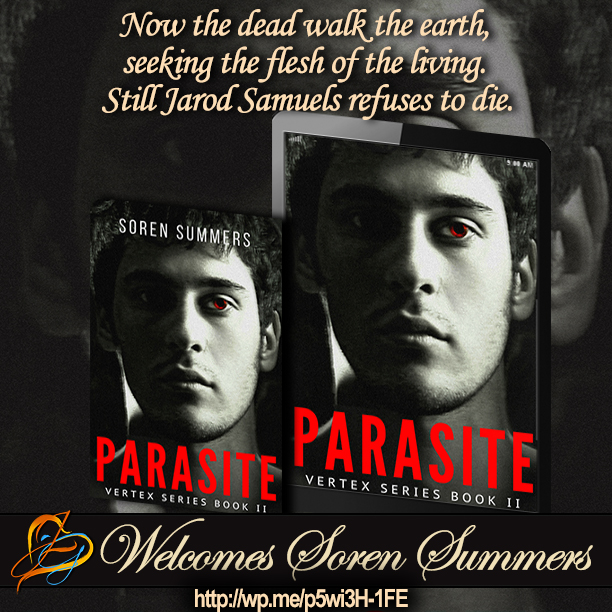 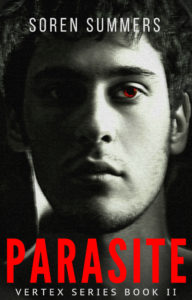 It’s been one hundred and forty-five days since the world ended. Paragon has swept through the city of Pleasance like a reaper’s scythe. Now the dead walk the earth, seeking the flesh of the living. Still Jarod Samuels refuses to die.

As a hunter, Jarod safeguards the Hive, the ruined mall he calls home. He exterminates zombies to protect the city’s last few survivors, and to keep Gabriel Anderson unharmed, their lives intertwined now more than ever.

But in a city ravaged by Vertex’s corruption, there’s no telling what dangers each day will bring, whether the threats within the Hive’s walls might be deadlier than those without – or whether monsters from the past still lurk and linger in the city’s shadows.​

Excerpt:
And why is it that Tyler can’t keep his damn fingers to himself? The engineers have plugged up the breach, and Magpie and the others are sweeping the atrium, so the hunters, at least the ones Tyler likes, they’re converging in the center of the floor, patting each other on the back and puffing their chests out.

It’s not that Jarod’s resentful of this little powwow, this peacocking session that he never seems to be invited to, oh no. He wouldn’t want to be near them, anyway, because he wouldn’t trust himself not to punch Tyler’s teeth in. Tyler shouldn’t be allowed to put his hand on the small of Gabriel’s back like that. He shouldn’t be allowed to drape his arm over Gabriel’s shoulder, pressing his sweat against his skin, marking him with his musk. Jarod wrinkles his nose.

Something growls at him from the ground. Without looking Jarod takes his broken plank in two hands and rams it into the wriggler’s skull, driving it down like he would a sword. There’s a squelch, then a thud. He eyes Tyler as he pushes against bone and brain matter. Somehow that lends him a little extra strength. He drives the stake further down, and the thing he’s killing croaks and rattles as it dies its second death. The smell of rot wafts up his nostrils.

Tyler ruffles Gabriel’s hair. The two of them are grinning. Jarod watches resentfully as Gabriel ducks away, laughs, then opens his mouth to say three familiar words.

About Soren Summers:
Hi, Soren here. I’ve moved around a lot, but I’m now based in California, where I am currently growing both my written body of work and my hair. After 15 years in lifestyle journalism and public relations I decided it was time to stop selling other people’s stories and start telling my own. I’ve also been told that I’m kind of charming. No, really.

Where to find Soren Summers: