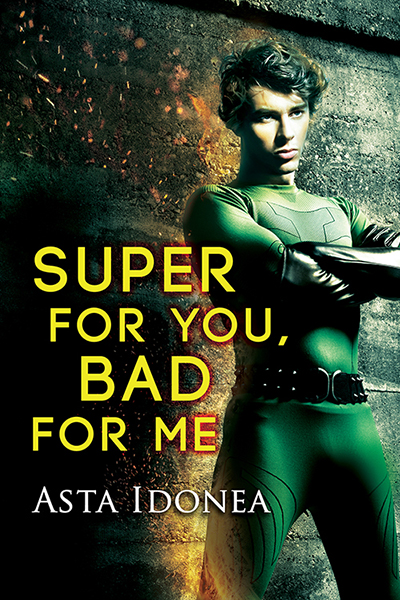 Struggling actor Oswell Outterridge thinks he’s hit the jackpot when he’s chosen to play a scene opposite his idol, Kane Teague, in a superhero movie. However, things take an unexpected turn when the slime he accidentally ingests gives him telekinetic powers. Then Kane asks him out, against all expectation, and it seems that life couldn’t get any better—aside from the little matter of keeping his identity secret from his celebrity boyfriend.

Oswell goes from a nobody with little social life and few prospects for the future to dating the man of his dreams and using his superhuman abilities to defend innocents. Everything is perfect, and it seems he’s finally achieved a happily ever after worthy of the silver screen. But when a supervillain arrives, determined to defeat Oswell and win Kane’s affections, everything falls apart. In the ensuing conflict, Kane gets caught in the crossfire, and Oswell faces his toughest fight yet. Can he remain the hero he’s always imagined himself, or will a dark desire for vengeance change him forever?

Click to read excerpt
I’m supposed to begin by introducing myself, but that seems a strange task when everyone already knows me, by one name or another—something for which I’ve longed almost my entire life, though certainly not in the way it came about. Which name? Which reputation? I guess that depends on your point of view. Nevertheless, whatever you may think you know about me from the news and social media, I promise you, it isn’t the whole truth. When anyone with a smartphone and an online profile can pen their own headlines, the facts soon become skewed. That’s why I’m here, writing my tale. It’s my one chance to set the record straight. At least, that’s what they all tell me.

Good and evil. Black and white. Hell, even yin and yang. It’s never as clear-cut as it might first appear, and so much depends upon your point of view. Inside every hero is a villain, trying to claw his way out. Within every villain, a hero waits to burst free. There’s often a damned fine line between the two, and the catalyst can be anything, from the sublime to the ridiculous. For Dr. Jekyll—he of literary fame—it was a potion. For me, it was a man. Still, I mustn’t get ahead of myself. If I’m going to tell this right, I need to start at the beginning. 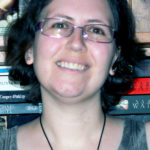 Asta Idonea (aka Nicki J Markus) was born in England but now lives in Adelaide, South Australia. She has loved both reading and writing from a young age and is also a keen linguist, having studied several foreign languages. Asta launched her writing career in 2011 and divides her efforts not only between MM and mainstream works but also between traditional and indie publishing. Her works span the genres, from paranormal to historical and from contemporary to fantasy. It just depends what story and which characters spring into her mind! As a day job, Asta works as a freelance editor and proofreader, and in her spare time she enjoys music, theater, cinema, photography, and sketching. She also loves history, folklore and mythology, pen-palling, and travel, all of which have provided plenty of inspiration for her writing. She is never found too far from her much-loved library/music room.

Where to find Asta Idonea: