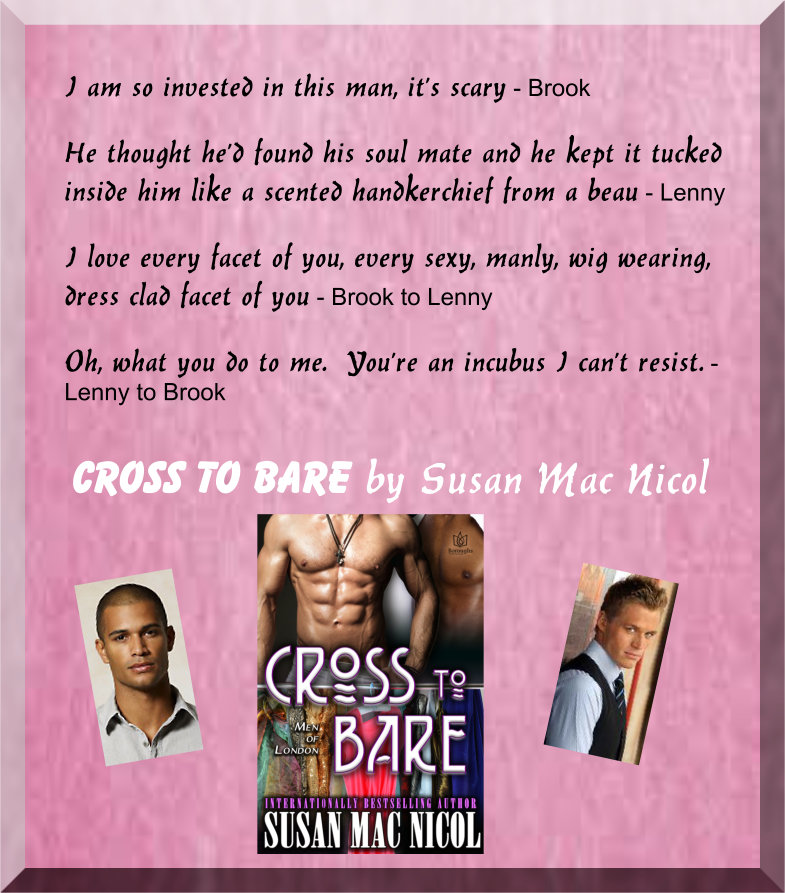 Lenny James is a thirty-five-year-old transvestite with his own fashion label and a desire for a man to accept both sides of him. Brook Hunter is about to show him there are no sides to true love, just the place where we meet in the middle.

TWO OF A KIND

Lenny James is a handsome, shaggy blond thirty-five-year-old with aqua eyes and broad shoulders. In his twenties he boxed and did martial arts. He’s a fashion designer, owns his own company and label…and he attends work in his female persona of Laverne.

It’s amazing what a little mascara and lipstick, a blond wig, false boobs, and of course top-notch female fashion can hide. Not that Lenny’s hiding his masculinity; he’s not particularly camp as a man. His reasons for creating his alter ego are locked deep in his past, in his father’s definition of masculinity. He is who he is: tough in business, and a romantic at heart. What he’s hiding is vulnerability. He wants a man to accept both sides of him. And gorgeous, commanding, dark as sin Brook Hunter is about to show him there are no sides to true love, just the place where we meet in the middle. 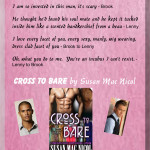 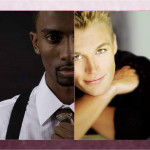 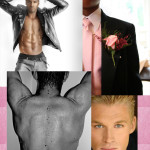 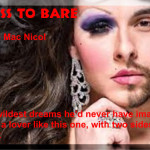 And without further adieu………..The Cover

Susan Mac Nicol is a self confessed bookaholic, an avid watcher of videos of sexy pole dancing men, self confessed geek and nerd and in love with her Smartphone. This little treasure is called ‘the boyfriend’ by her long suffering husband, who says if it vibrated, there’d be no need for him. Susan hasn’t had the heart to tell him there’s an app for that…

She is never happier than when sitting in the confines of her living room/study/on a cold station platform scribbling down words and making two men fall in love. She is a romantic at heart and believes that everything happens (for the most part) for a reason.

She likes to think of herself as a ‘half full’ kinda gal, although sometimes that philosophy is sorely tested.

Lover of walks in the forest, theatre productions, dabbling her toes in the cold North Sea and the vibrant city of London where you can experience all four seasons in a day , she is a hater of pantomime (so please don’t tar and feather her), duplicitous people, bigotry and self righteous idiots.

In an ideal world, Susan Mac Nicol would be Queen of England and banish all the bad people to the Never Never Lands of Wherever -Who Cares. As that’s never going to happen, she contents herself with writing her HEA stories and pretending, that just for a little while, good things happen to good people.