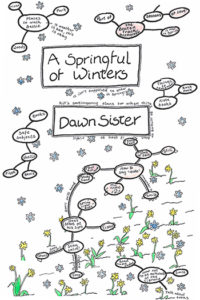 Blurb:
Kit is a bit socially awkward. In fact, the rules of social encounters are mostly a bit of a mystery to him, but he gets by, with lots of lists and contingency plans. He doesn’t have any plans in place for when he first meets Stephan, however, and he keeps bumping into the man in the most embarrassing situations. The trouble is, Stephan keeps turning up in unexpected places, arousing suspicion that this gorgeous man might just have some contingency plans of his own where Kit is concerned.
Click to read excerpt
“Hey, are you okay?” Mr. Spring frowns. Is he angry? Concerned? Worried that I’m going to beat him to death with the computer keyboard? Not that I would, but I can never tell what people are thinking just by looking at their faces. Sometimes there’s just too much information to process. Sometimes there isn’t enough. Plus, when I’m anxious, I do things that most people find quite strange, like wringing my hands together, rocking back and forth from my heels to my toes and other things that help me to calm down. Some people find that intimidating and upsetting. I try not to do it, but sometimes I can’t help it, like now, I’m flicking my fingers and biting my bottom lip.

Come on, Kit, this isn’t that difficult. People speak to other people all the time. Just open your mouth and make words come out of it.

“You’re not supposed to be here,” I manage to blurt out, directing my words at the floor by his feet rather than at him. It is the completely wrong thing to say, obviously.

“What?” he asks. “This is a public library, mate. I thought anyone was allowed to come in here.”

I chance a quick peek at his face. He’s confused, I think, which is better than angry, but not by much. Maybe I can explain a bit better?

“No, no, I mean, I didn’t have a contingency plan because I didn’t expect you to be here while I was searching for you online.”

“Eh?” He looks even more confused. “Why were you searching for me online?”

I want to look at his eyes, because they’re the thing I noticed first about him, so I glance at them quickly before staring at the floor again. His bright-blue eyes are now clouded and narrowed, and his top lip is curled in disgust, or maybe just bewilderment?

Oh god, what do I do now? I think I need to explain myself a little better. I take some deep breaths and make a conscious effort to stop flicking my fingers like some crazed lunatic.

“I’m not a stalker,” I say so quickly that the words all meld into one.

“No? I, er, didn’t think…” He seems a bit lost for words, and I think I might have messed this up very badly. If only I’d had a contingency plan for this, but it hadn’t even crossed my mind that he might show up here.

I do have a plan for getting out of awkward, stressful situations though: run, run, and don’t stop until you get home. So I follow that.

4✨s – When I started reading this book, I was thinking “This is all over the place, what the heck is going on”. I couldn’t decide if it was writing style or the characters. The further and further I got into the book, the less and less I cared – it was so interesting and neat to read. It was a wonderful look into an autistic character’s mind and his thought processes. It was a very different read for me and I really enjoyed it!

4✨s – My first book from Dawn Winters and I’m definitely interested in more from her. The book follows Kit, a socially awkward twenty four year old working his way through life with the help of contingency plans, Bessie his support dog and Yenta his boss/landlady/friend. His first meeting with the handsome man at the hotel involves Bess covered in fox muck ruining a wedding, the second a collision between bike and car, and then a cascade of books at the library. Things don’t look good from Kit’s perspective despite how lovely he thinks the man is. However, maybe all is not what it seems and the attraction could possibly go both ways. This story is a wonderful insight into someone with Autism and the ways in which they manage to get through daily life. Kit is totally endearing with his contingency plans for every possible interaction and outcome throughout the day. Whilst we are purely reading from Kit’s POV, it’s easy to read what those who mean something to him think of him. Dawn has written their feelings very well from the way that they react and interact with Kit. The writing does seem a bit erratic in places but I love it as it flows with the way that Kit’s mind works. Some of the swear words used are clearly English and I love how the area that the book is set in is described. It’s very easy for me to imagine, living in a small town in England myself. I adore Bess, and Yenta. Those two are essential to Kit’s survival and he clearly loves them just as much as they love him. Their connection shines through and it’s great to read how they both look to accept someone new in Kit’s life. The same may not possibly be said for everyone in the book. Dawn’s writing is wonderful and draws you straight in from the beginning, wanting to experience life through Kit’s eyes. There are many comedic moments that are fully laugh out loud but there are also a couple on the flip side, pulling at your heartstrings and just wanting to give the man a hug, or at least supporting him with his contingency plan for what has just occurred. This story has brought to light an illness that is actually more common than you think and it’s so lovely reading their story of getting a HEA. I cannot recommend it enough! I received this and ARC of this book from the publisher and am happily giving a review.

About Dawn Sister:
Dawn is from the North East of England. Her life is spent juggling. The juggling balls are: children, husband, work (occasionally), voluntary work, professional knitting (notice she doesn’t class this as work), and writing. When she has time she actually sleeps. The whole point of writing for Dawn is just to get it all off her chest and out of her head. If she doesn’t write it down then she ends up having long conversations with the characters out loud and her husband thinks she’s crazy. I like chocolate, coffee and donuts, sometimes all at the same time. I love evenings around a campfire singing in the company of good friends. I like listening to the dawn chorus even if I’ve been awake all night. I like reading stories with characters that are filled with hope even in their darkest hours. I like happy endings. I write LGBTQ+ Romance (with happy endings of course). Read my blog for insights into my stories, updates on WIPs and some exclusive excerpts.

Where to find Dawn Sister: