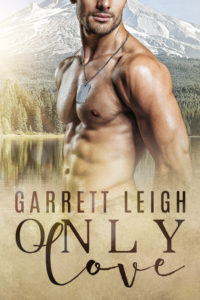 The diagnosis of a chronic stomach condition leaves thirty-two-year-old Sergeant Jed Cooper with little choice but to call time on his Army career. Then on the dusty streets of Kirkuk, an ambush gone tragically wrong decimates his team, and he returns to the US with a shattered leg and the memory of his best friend dying in his arms.

Life in his sleepy hometown proves intolerable until he finds solace in a lakeside cabin with vivacious young carpenter, Max O’Dair. In the shadow of the epilepsy that periodically plagues Max, he and Jed form an unspoken bond. After a late night episode, Jed realizes how much Max means to him, and life has taught him not to waste time.

But the lines between contentment and complacency are blurred. Things left hidden resurface to tear through their world, and before they can repair the damage, death comes to call again. Faces, past and present, rally around them to weather the storm, but before long, they are left with only love.

4.5✨s – This book is a beautiful, tear worthy book about two men who find love through their pain. Jed and Max both have physical health issues and they’re both trying to escape from the world so they can heal.

I love hurt/comfort books because they show how two people who may be more than a little broken work to better themselves. Not just for the other person, not just for love, but for themselves. Neither Jed nor Max thought they’d find love, espeically after everything they’d gone through. But they do and it’s beautiful, it’s heartbreaking, it’s what they need. They find someone who understands, who cares for them, who doesn’t judge them for their limitations, but encourages them to push the boundaries.

Garrett Leigh books are very hit and miss for me, this one was a hit. I felt everything these characters felt, I cried with them, loved with them, and prayed that they would get what they deserved.

4.5✨s – Only Love is the very first Garrett Leigh story I read and certainly isn’t the last. This is heavy on hurt-comfort as Jed and Max face obstacles both physical and mental. This was also my intro to the high level of angst the author brings to many of her stories. The setting is 2006 and Jed was deployed even before Afghanistan and Iraq, being sent to missions all over the world. He has a stupidly stoic attitude about his illness and injury but Max’s service dog notices and he observes and tries to help. Jed returns that care, watching out for Max’s condition and combined with mutual attraction, eventually it morphs into an emotional and physical connection. Then the past intrudes and an unexpected link between Jed and Max explodes into mistrust. A number of threads weave the narrative together, keeping the story engrossing and engaging.

The setting of Max’s house is a peaceful, natural backdrop for romance that keeps intimate acts limited but emotionally satisfying. The mood generated by some scenes can be melancholy but the support of secondary characters adds a lift if things are becoming too depressing. Jed‘s brother is married to Max’s sister and their marriage is troubled, and Jed’s memories of lost brothers in arms haunts him. Luckily Jed’s old friends are now Max’s too and they are involved in their lives. Later, the various threads come together over the course of Jed’s hospitalization. Some of Jed’s military friends appear as well, a couple of them appear briefly in other books from Garrett. I will admit I had a hard time taking the conflict that arose between Max and Jed seriously, since it didn’t seem like that big a deal in the end. I guess it was about loss of trust but the initial reactions seemed overblown. That was my only real niggle in the whole story. I enjoy a fluffy story now and then but I gravitate more towards heavier themes and weightier subjects like those raised in this novel. If you like strong feels or even some ugly cries when you read, I’d recommend this or any other book by this author.

5✨s – Garrett Leigh is one of my favourite British authors and never fails to give a gritty, emotional ride throughout the story and this book is no different. Our MC’s, Jed and Max are two vastly different men but their coming together feels very natural as you read. Though their closeness may be torn apart by secrets that both men keep, it doesn’t stop the feelings shining through the writing. There are a lot of different emotions going on through the book with love, loss, family and friends, traumas in their pasts. I was there right along with them as they went on the journey. We have flashbacks with Jed once in a while, often giving us little pieces of his history and helping to build more of his personality and how he came to be the character we read. Max is amazing in his independence and his stubbornness in that with his illness. His dog, Flo, is trained just for his as a medical alert either for himself or others depending on what’s happening. These dogs, to me are amazing and love that we are treated to how aware and protective they can be. As well as the developing friendship/relationship between Jed and Max, we have several secondary characters that provide a great support and bring light moments for the men as well. Jed’s friends before he left for the Army and their family have also become Max’s friends whilst he was away and it’s enjoyable seeing the friendship between all of the people crossover. Jed’s brother is married to Max’s sister and their children bring happiness to both our MC’s, if not a bit of exhaustion as well. Garrett has done really well in showing not just physical symptoms of both men’s illnesses but also the mental strain that it can take on everything in you life. It shines a light on an disease I’ve never heard of, epilepsy which is rarely talked about so in depth for an MC, as well as possible PTSD for an ex-military man. My heart breaks for anyone who goes through any of it but if they have support groups such as in this story, then they would hopefully feel the love and friendship. The story paces out really well. There are time jumps of a couple of weeks here and there but it works well in not making anything drag and keeping interest alive in the goings on of the characters. I definitely recommend this book. It’s worth the emotion it makes you feel and how easily you are drawn into the story of two strong men. 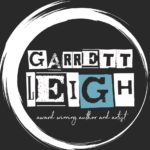 Garrett Leigh is an award-winning British writer, cover artist, and book designer. Her debut novel, Slide, won Best Bisexual Debut at the 2014 Rainbow Book Awards, and her polyamorous novel, Misfits was a finalist in the 2016 LAMBDA awards, and was again a finalist in 2017 with Rented Heart.

When not writing, Garrett can generally be found procrastinating on Twitter, cooking up a storm, or sitting on her behind doing as little as possible, all the while shouting at her menagerie of children and animals and attempting to tame her unruly and wonderful FOX.

Where to find Garrett Leigh: