Never have I ever slept with someone I thought was unattractive

To keep it fair, if you received a prize from me in round one,
you can still play but you are not eligible to win in this round.

As a non-answer is the equivalent of a I have Never + A Story,
it would be unfair to those who have played consistently to allow them to count.
Anyone with more than 1 missing week will be disqualified before the final tally.

REMINDER: This is your last chance to catch up.
Anyone still in the red when I tally next Tuesday will fall off the list. 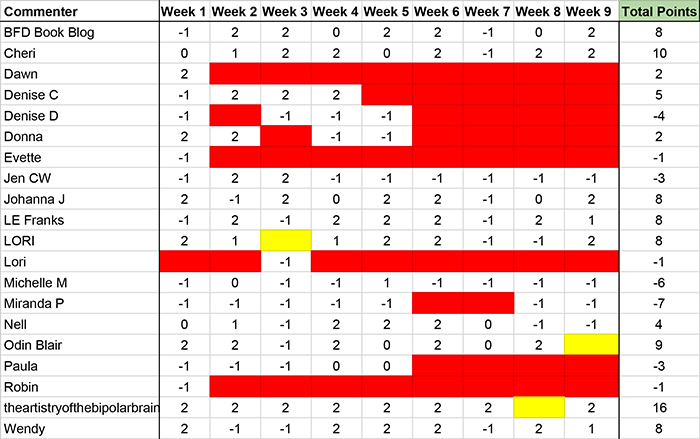