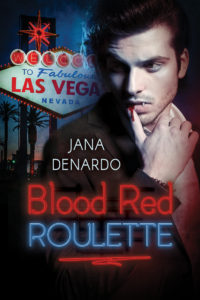 Arrigo Giancarlo’s friends think he’s a rich young man with the unusual job of paranormal investigator, working with his psychic assistant in Las Vegas. In truth he’s a two-thousand-year-old vampire and member of the Chiaroscuro, a group of Supernaturals dedicated to keeping humanity safe from the more dangerous of their kind. He’s also openly bisexual… but alone.
When he spots Luc St. John in a bar, Arrigo is intrigued. What begins as an effort to repay the kindness shown to him in the past quickly turns into much deeper feelings for the suffering and displaced Cajun. For Luc’s part, he feels too poor, too uneducated, and too bound to his hateful family to ever be worthy of elegant and cultured Arrigo.
An old enemy, Eleni, blames Arrigo for murdering her true love. On the anniversary of that death, she’s back to take revenge. As Arrigo’s closest friends fall victim to savage attacks, he fears nothing will keep Luc safe. Should he break both their hearts and let Luc go, or is it too late? If Luc’s already in Eleni’s sights, Arrigo knows that like most things in Vegas, the odds are against him.

4.5✨s – I really enjoyed this book. I liked the idea of the Chiaroscuro, the organization who hunted down rouge vampires. I loved Arrigo, he was confident without being arrogant. He didn’t want to pull Luc into his world, but as a man he couldn’t stay away. Having the villain’s POV helped put things into perspective and amped up the suspense. We knew who was doing everything, but we didn’t know their next move, we didn’t know how devastating their next move would be.

The friendship between Arrigo and Luc was slow, it built by trust, by respect, and by them trying to communicate with each other. Even when Luc was petrified of being discovered he wanted Arrigo by his side and he tried to explain why he reacted the way he did, something I really respected because it’s rare that it happens like that.

I thought the end scene was a bit rushed, I would like to know that there’s more for these two characters out there because they deserve it more than anyone else. I respect where they ended up and understand they both had their reasons for keeping things the way they did but it also frustrated me because after everything they’ve been through they deserved to have it end on a higher note than it did.

About Jana Denardo:
Jana is Queen of the Geeks (her students voted her in), and her home and office are shrines to any number of comic book and manga heroes along with SF shows and movies too numerous to count. It is no coincidence the love of all things geeky has made its way into many of her stories. To this day, she’s still disappointed she hasn’t found a wardrobe to another realm, a superhero to take her flying among the clouds, or a roguish starship captain to run off to the stars with her.

Where to find Jana Denardo: