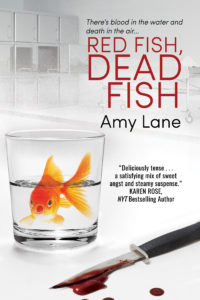 Blurb:
They must work together to stop a psychopath—and save each other.

Two months ago Jackson Rivers got shot while trying to save Ellery Cramer’s life. Not only is Jackson still suffering from his wounds, the triggerman remains at large—and the body count is mounting.

Jackson and Ellery have been trying to track down Tim Owens since Jackson got out of the hospital, but Owens’s time as a member of the department makes the DA reluctant to turn over any stones. When Owens starts going after people Jackson knows, Ellery’s instincts hit red alert. Hurt in a scuffle with drug-dealing squatters and trying damned hard not to grieve for a childhood spent in hell, Jackson is weak and vulnerable when Owens strikes.

Jackson gets away, but the fallout from the encounter might kill him. It’s not doing Ellery any favors either. When a police detective is abducted—and Jackson and Ellery hold the key to finding her—Ellery finds out exactly what he’s made of. He’s not the corporate shark who believes in winning at all costs; he’s the frightened lover trying to keep the man he cares for from self-destructing in his own valor.

4.5✨s – Jackson and Ellery are back, and so is Billy Bob. Because that beat up cat is my very favorite character. Picking up a few weeks after book 1, Jackson, still recovering from his gunshot wound, is on the trail of Tim Owens, who escaped in book 1. He and Ellery, have realized Owens is also an escalating serial killer. I highly recommend reading Fish Out of Water before tackling this. You’ll be pretty lost without the details and Jackson’s history. There are also 4 short stories at the end of this book, from Amy’s blog, that I wished I’d read first, as well.

I had a hard time following along with much of the detail and additional names in the first 30% or so. The plot gets a lot more complex than the first case, there’s more action, more danger and poor Jackson never survives anything unscathed. It’s also a much grittier storyline, getting rather bloody, with a few disturbing details at times. The worst is off-page but FYI, there is some sexual abuse and rape mentioned. It’s tense and exciting but there’s also a psychological element regarding Jackson’s state of mind and fear of commitment. Despite the strong focus on the investigation, there’s also balanced emphasis on the progress of Jackson and Ellery’s relationship. Some very good smexy times too!

Jade has a greater role in much of the story, and Ellery’s mom, “Lucy Satan” makes appearances. Secondary characters are always solidly written in Amy’s stories. This series is quite a departure from most of her other stories. You’ll find a few similar elements of angst but she’s absolutely killed it by branching out to suspense. Pun intended! Highly recommended for lovers of this genre and the style and substance the author is known for. 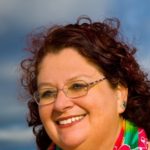